In 2018, following the development of PNRs and the popularity of soft roaming, IPAMAC decided to revive the GTMC and extend it. It is now a route of nearly 1,400 km that is offered to mountain bikers, which now begins in Avallon in the Morvan, crosses the land of volcanoes and ends in Cap d'Agde.

As the route is very long, most cyclists do it in sections. Also, emblematic signage has been designed to mark the major entry points of the circuit. Two agencies are behind the creation of the system: Designers Unit for the design and Practical Works for the graphics, in particular the creation of a typography specific to the project.

The design bias was to start from existing standard metal elements and integrate them with enamelled lava stone modules. The use of this material seemed obvious for both geographical and technical reasons (insulated furniture exposed to climatic conditions ranging from extreme cold in the Massif Central to exposure to marine corrosion on the Mediterranean coast).

Empreinte's technical design office therefore worked together with the project management team to identify references for steel IPE joists compatible with the desired aesthetics and the integration of enamelled lava.
A compensation system had to be devised to ensure that the enameled lava was strictly flush with the PEIs and thus give the illusion of a block.

The enamelled lava stones were printed in traditional manual screen printing. Assembly took place in our workshops before the fifty or so totems were shipped over the 1,400 km route.

The whiteness and the monolithic appearance of these pieces of furniture offer a strong contrast in the landscapes where they are located. They are marked identity milestones that immediately identify that one is on the GTMC route.

Located in key places along the route, this new signage is an invitation to stop and take a break and enjoy the landscapes and local heritage.

The installation of the furniture is taken care of directly by the communities on whose territory the signage is located. A guide to the good practices of installing and maintaining totems was therefore published in collaboration between Empreinte and Travaux Pratiques. 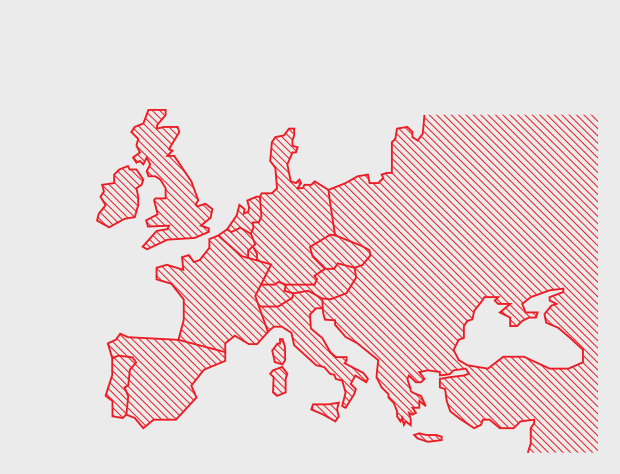